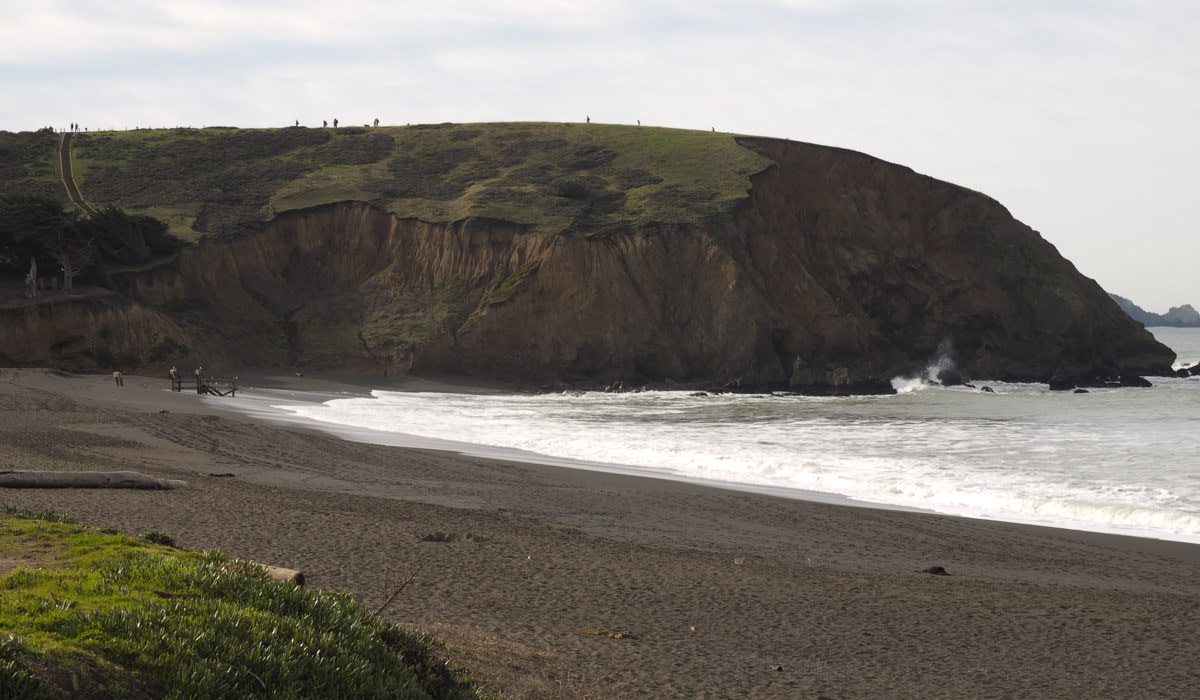 For nearly a century, Mori Point served as a haven for settlers, travelers, bootleggers and diners. Today, this spectacular locale serves as a haven for walkers and wildlife. A recent addition to the Golden Gate National Recreation Area (GGNRA), Mori Point is considered the natural coastal extension of the National Park’s Sweeney Ridge area, located due east across Highway One.

At Mori Point, visitors can stroll along paths through wildflower fields, visit restored habitat for threatened species and marvel at the dramatic coastline from the upper trail that extends all the way to the western edge of Mori Point.

From the coastal blufftop, visitors will marvel at the dramatic coastline, stretching north beyond Pacifica to the Marin Headlands and, on a clear day, Point Reyes. To the south, one is surprised and entranced by the sudden view of the beautiful but inaccessible hidden cove, and beyond, the Rockaway and Pedro Point Headlands. Also visible is the Pacifica Pier, Sharp Park Beach and the earthen berm supporting the Coastal Trail and separating the beach from the Laguna Salada freshwater marsh and the Sharp Park Golf Course.

Benches are available for sitting and enjoying the vista. The top of the point is a great whale watching location and sunsets from Mori Point are spectacular.

Hours: 8 am to Sunset