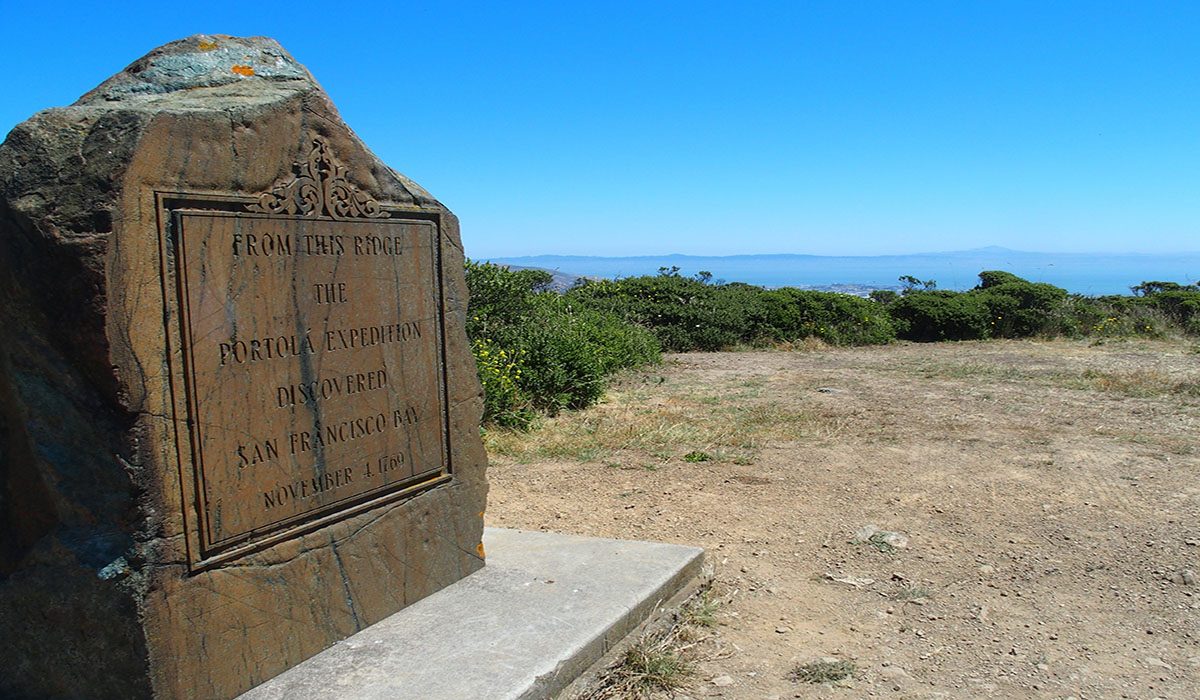 In 1769, a scouting party led by Gaspar de Portola became the first Europeans to see San Francisco Bay, from the ridge top of Sweeney Ridge, where a monument marks the momentous occasion.

Sweeney Ridge is a federally protected hiking area of ridges and ravines between San Bruno and Pacifica where steep and rolling coastal hills overlook the San Francisco Peninsula, San Andreas Lake and the Pacific Ocean. The ridge’s 1,200-foot-high summit, covered with coastal scrub and grassland, slopes down to the bay on one side and to the Pacific on the other. Wildlife includes hawks, deer and a plethora of spring wildflowers.

On a clear day, you can see the City of Pacifica and the shimmering Pacific Ocean and coastline. In the springtime, the hills turn gold with California poppies and other wildflowers.

The trail is open to hikers, equestrians and bicyclists.

Getting Here: Entrances to Sweeney Ridge from Pacifica include Skyline College off Sharp Park Road, Shelldance Nursery from Highway 1 and the end of Fassler Avenue (very limited parking available at Fassler).

Hours: 8 am to Sunset